Many engines still utilize carburetors. The ride of stricter emission standards has led to fuel injection. However, many old school engines still use carbs.

The rise of emissions standards and need for precision air/fuel mixtures has led to the general acceptance of fuel injection. Today you won’t find a car and you’d be hard pressed to find motorcycles that aren’t fuel injected. However, due to their simplicity and inexpensive design many retro motorcycles, atvs, and other small engines like your lawn mower use carburetors.

The carburetor can be the source of many problems for your engine. It’s important to understand the basics of how a carb works and the different parts it has.

The carburetor’s function is to combine air and fuel in the right amounts, and provide this mixture to the engine. It does this utilizing a Venturi. If you want to know more about carburetors, check out or last post here.

The carburetor uses a float bowl, sometimes called a reservoir, to draw fuel from. This is basically a separate and smaller fuel tank specifically for the carb. Since the carburetor relies on a pressure differential to have fuel sucked into the air stream in the venturi, the fuel can’t be pressurized.

This is where the float bowl comes in. The float bowl is fed by the main gas tank, but it keeps the fuel at atmospheric pressure. If the fuel was pressurized the carburetor would not be able to create a large enough differential pressure to suck the fuel into the air stream. The fuel can either be pumped by a fuel pump to the bowl, or gravity fed.

The needle controls the entrance fuel into the float bowl. The float is connected to this needle and controls whether the needle is opened or closed.

Floats used to be made out of cork material, but newer carbs will utilize a metal or plastic float.

The most important part of knowing how to troubleshoot a system is understanding how the system works. Now that we’ve gone over the components of the carburetors float bowl let’s talk about the common issues it has.

Fuel consumption increases with engine speed. An engine that doesn’t get enough fuel fast enough will stall. Stalling can be caused by the float’s adjustment in the bowl. If the float is set too low this can cause the bowl to not fill high enough. At high speeds that carburetor will use fuel faster than the float bowl can replace it, causing a shortage of fuel to the carbs which in time causes a fuel shortage to the engine. Generally this is caused by a fuel delivery problem. It could be as simple as a clogged fuel filter or fuel line. This issue could be caused by the fuel pump as well.

A flooded engine occurs when the engine receives to rich of a fuel mixture to ignite. This condition can be caused by the carburetor’s float bowl. A very common cause is the float sinking causing the needle to stay open. This will overflow the float bowl eventually forcing fuel into the carb. The added fuel enriches the mixture causing the engine to flood. A lot of times this issue is caused by corrosion of the float if it’s metal. If it’s plastic, it could be that cracks have caused the float to fill with fuel and sink.

Engine misfire happens when one of the processes of the combustion cycle gets skipped. The issue is usually isolated to a specific cylinder. Your engine will run rough, not idle well, and it may even stall. The float can cause this issue by supply too much fuel or too little fuel to the cylinder. A lot of times this is caused by the float being stuck either open or closed.

If your engine is not idling properly, it could be float related. Other causes could be the choke or the carburetor. If it’s the float, the issue would most likely be that the float is not allowing enough fuel into the float bowl. This would cause the engine to struggle to idle due to a lack of fuel. This could be due to float being stuck in the closed position.

The float bowl is a critical part of the carburetor and fuel system as a whole. if you are cleaning your carbs or troubleshooting one of the issues above, don’t forget about the carb bowl. It’s function is simple, but it’s impact can be huge.

Cleaning the float bowl can be done with regular carb cleaners. If you are disassembling the reservoir be sure to check the condition of the float. If it’s metal, inspect for corrosion, and if it’s made of plastic look for cracks.

The more you know the better you can take care of your engines. If you do decide to overhaul your carb, be sure to take a look at good articles like Revzilla’s article on cleaning a carburetor found here. 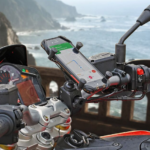